The global energy sector is in a major flux, as global warming, renewable energy and politics are grabbing the spotlight. A major drive to decarbonize energy and industry is ongoing, preponing ideas that the world could soon be weaned from its hydrocarbon addiction. However, reality presents a different picture. After decades of hydrocarbon addiction, MENA is heading towards a restructuring of its economy.

Historically, MENA countries have been formed by their vast oil and gas reserves, generating immense inflows of cash to form a strong but one-sided economic system. However, the hydrocarbon addiction is under pressure. The immense amount of young people currently vying for work opportunities in the still largely state-controlled hydrocarbon economies is a major challenge that needs to be countered. Full-scale economic diversification is needed, not only to provide jobs, but also to mitigate the challenges the oil and gas sectors face globally.

“Renewables are largely targeted in the region as a means to enhance energy supply diversification.”

Nevertheless, MENA’s oil and gas future is not looking bleak at all. With a continuing growth in demand for crude oil, gas and petroleum products, countries such as Saudi Arabia, UAE, Iraq, Kuwait and Qatar will remain leading producers. They will be able to counter perceived threats, such as US shale, non-OPEC production increases or the media frenzy about peak oil, as OPEC’s leading producers have set up a major transition from being the sole providers of crude oil and gas to global product providers, targeting downstream markets in Asia, Europe and even MENA.

Demand for oil and gas for MENA producers is not being threatened, in contrast to a perceived threat of renewables and global warming. For most Gulf countries, the main drivers to diversify their economies are not peak oil, global warming or electric vehicles, but price volatility of hydrocarbons, growing domestic consumption of energy, lower prices for products and crudes and the need to increase job opportunities. In contrast to the West, where global warming strategies, green economy or political choices are changing

Economic diversification is ongoing, but energy investments in MENA are still king, as shown by the fact that around $1 trillion will be invested between 2019-2023. Even though the majority still is hydrocarbon focused, renewables are showing a steep increase. The Arab Petroleum Investment Corporation (APICORP) reports that the power sector constitutes 36% of total investment as electricity demand rises and momentum for renewables continues, accounting for 34% of total power investments, with more than half the investments in North Africa. Still, hydrocarbons rule, receiving $490 billion (oil sector $304 billion, gas $186 billion). One major focus investment area in all is the petrochemical sector, looking at investments of around $123 billion. MENA investments are very high, but more is needed in the coming years. Sultan Jabr, CEO of the Abu Dhabi National Oil Company (ADNOC) stated at WEC 2019, $11 trillion in investment is needed to meet future global energy demand.

The figures are contrary to beliefs in the West that peak oil demand has almost been reached. Most OECD countries, except the US and Canada, are setting up immense renewable energy programs to counter possible supply shortages, as the end of oil is near. Hydrocarbon producers, such as Saudi Arabia, UAE and other OPEC players, are looking at this from the opposite perspective. Demand is not a threat, supply is the main issue. Even though it might sound strange, Arab producers continue to believe in the adagio that “to support continuing increased volumes of hydrocarbons supply to the markets, more renewables are needed”.

“Security onshore and offshore will need to be stepped up, assessing the challenges and risks.”

The latter drive has now been making headlines in the media, as the multibillion solar power projects in Dubai, Abu Dhabi, Saudi Arabia and Morocco, have increased the attractiveness of the renewable energy drive globally. The UAE is a frontrunner in renewables, as shown by Abu Dhabi’s Masdar City and Dubai’s Mohammed bin Rashid Al-Maktoum Solar Park. Saudi Arabia has chosen renewables as one of the spearpoints of its Vision 2030, shown by announcements of the futuristic mega city NEOM and the Sakaka solar power plant project. Although environmental issues are a concern that is taken into account, the other main underlying issue is that it lowers overall domestic crude oil usage. For countries such as Saudi Arabia and the UAE, as main oil producers, substituting oil barrels for solar, wind and possibly nuclear energy, will release additional barrels of oil to be exported or to be used in petrochemicals. Renewables are largely targeted in the region as a means to enhance energy supply diversification. However, to counter growing power generation demand there is still a long and expensive way to go.

Unconventional and Offshore as an answer for new volumes

In the coming years, OPEC producers, will stay on a path of full-scale oil and gas production expansion. As long as global demand for hydrocarbons is expected to increase substantially, new production is needed. At the same time, the whole region will have to address new production challenges, such as unconventional and offshore. In recent years, a dramatic change has been witnessed inside Saudi Arabia, UAE and Egypt, as onshore production, which is still king, is being supported by new offshore production. The need for new volumes, not only to sustain domestic consumption but also to meet global demand, is pushing Saudi Arabia (Aramco), Abu Dhabi (ADNOC) and Egypt (EGPC/EGAS) to explore technically challenging production regions offshore. In the coming years, new technology will increasingly open up exploration and production areas in the Arab Gulf, Red Sea and East Med arena. The region is also witnessing a “gas drive”, as natural gas is increasingly being used to substitute crude oil as an energy provider, but also as feedstock for petrochemicals. 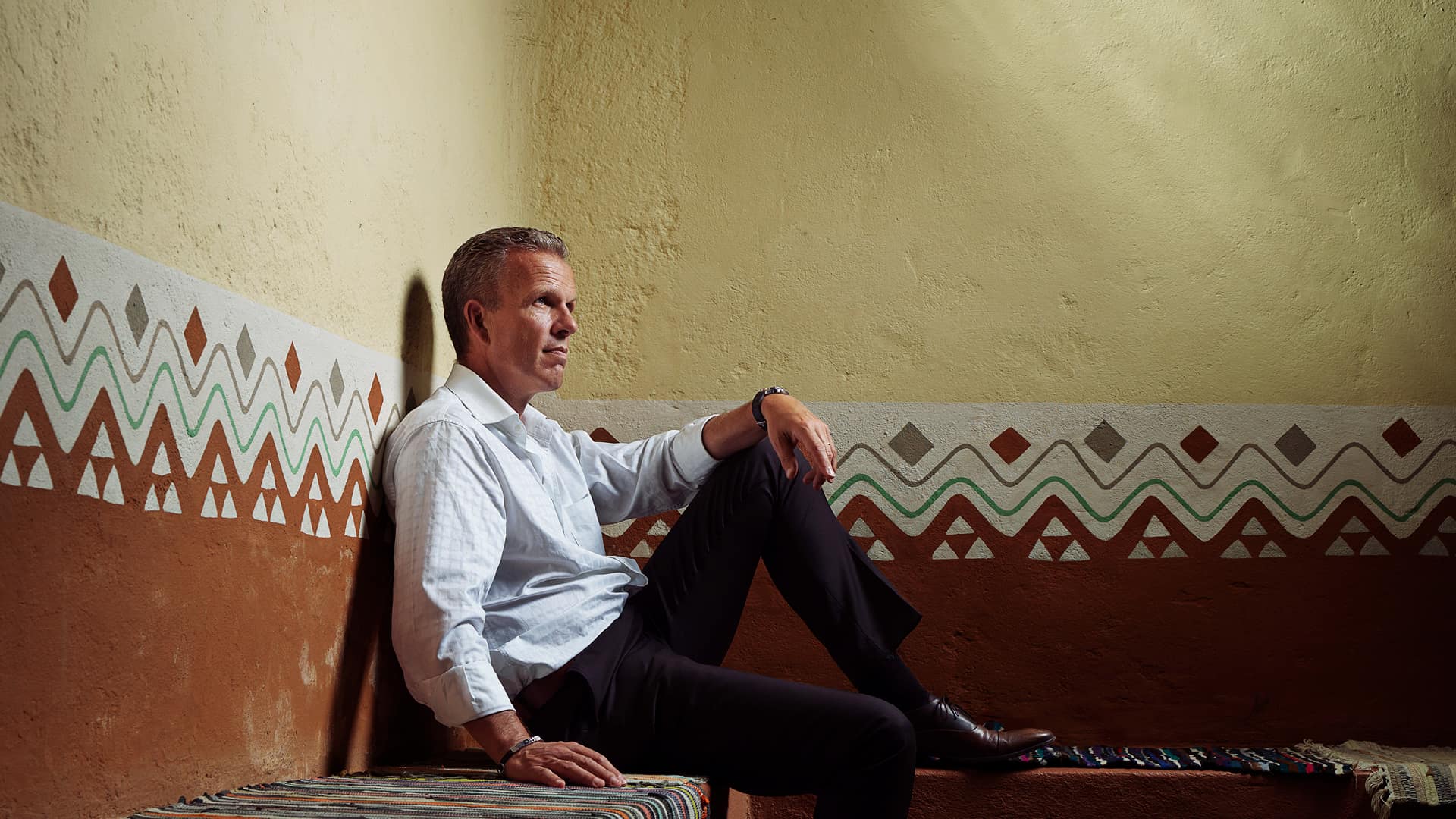 Offshore developments are still challenging, especially when entering into new areas or the unknown of offshore unconventionals. The region is set for a possible technology leap in these areas, as national oils such as Aramco, ADNOC and possibly NOGA (Bahrain) and Egypt, are looking not only to open up new offshore plays, but also want to set up the necessary infrastructure to build and operate offshore jack-ups, production platforms and OSVs in the coming years. After spending billions of dollars outside of the region on technology and capabilities, Saudi Arabia, the UAE and Egypt have embarked on localization of capabilities and production facilities for on- and offshore production. Saudi’s Ras Al Khair Shipyard project is one of the prime examples of this new drive.

“The future is not black or white, but will be a place where hydrocarbons and renewables are both needed to quell the world’s thirst for energy.”

Middle East oil and gas are also looking for ways to counter possible security threats. After a focus on the possible risks of cyber security, due to increased automation and need for data, another risk has returned. Oil and gas structures are still threatened by conventional security, as proven by the ongoing drone war in the Arab Gulf region or currently witnessed by the Aramco Al Abqaiq attack. Security onshore and offshore will need to be stepped up, assessing the challenges and risks. Oil field services providers will need to address these challenges increasingly in their services or designs provided to Middle East clients.

At the same time, Arab oil producers are entering into the IOT/AI/ICS and IndustryX.O discussion. The need for digitalization and automation of the hydrocarbon sectors has long been recognized. Abu Dhabi’s ADNOC has become a major proponent of what they call “Oil & Gas 4.0”, a full-scale strategy to increase digitalization of processes, production, and workforce, to increase and enhance a sustainable hydrocarbon future. Besides production automatization and digitalization of upstream and downstream processes, new ideas such as automated vessels and production platforms are already being addressed. Without minimizing the challenges, offshore production could be a major sector in which full-scale automation and possibly unmanned rigs and production platforms will see the light. The latter, formerly challenged by advisors as a threat to jobs, is now regarded as an integral part of the workforce of the future. To get young Arabs (men and women) to enter the oil and gas sector, new high-tech environments need to be in place to attract their interest. The latter also falls fully within the national strategies of Saudi Arabia and the UAE, as presented in the Saudi Vision 2030 or “Oil & Gas 4.0”.

In the coming years, an increased need for cooperation between all parties is clear. Offshore maritime capabilities are needed inside the MENA region, as a major offshore drive is being planned. Dutch maritime knowledge is known but could still make a difference in the MENA region. Offshore experience in the North Sea, GOM, Atlantic Ocean, combined with high-tech and futuristic new technical approaches, can be developed in close cooperation with Arab counterparts. Now is the time for all parties to address these issues, time is of the essence. 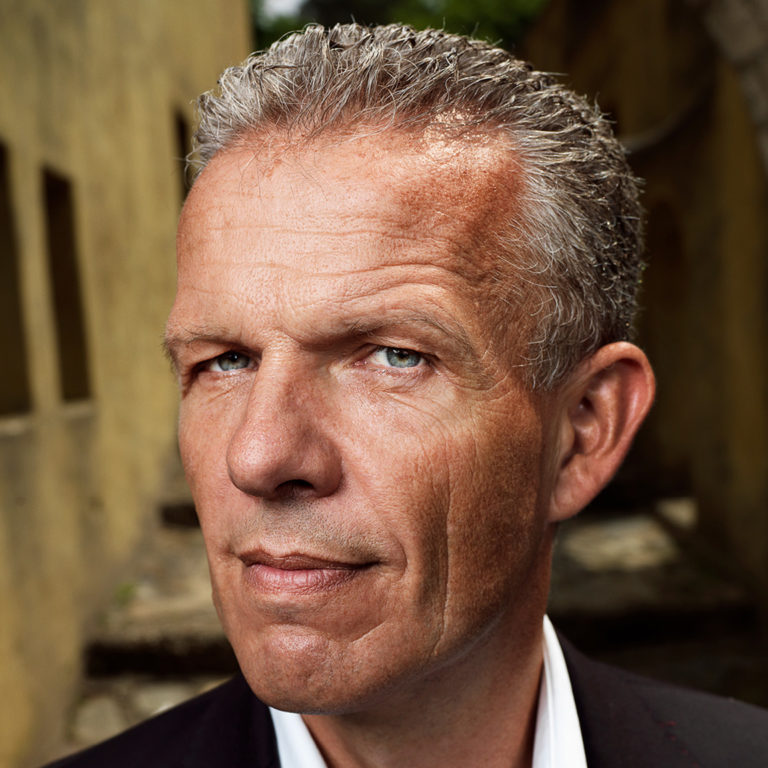 Cyril is a veteran global energy market expert and founder of Verocy. He holds several advisory positions at various international think tanks and Western energy firms. He is also a Fellow at the Payne Institute of the Colorado School of Mines and lecturer at the Erasmus University Commodity and Trade Executive MBA. Dr. Widdershoven, oversees the Mediterranean Energy Political Risk Consultancy. Across the MENA region, he has been involved in the oil and gas sectors throughout his career, holding positions at Capgemini Consulting (Principal Consultant Centre of Excellence Oil and Gas International (Calgary, Canada), Deloitte Financial Advisory Services (Senior Manager, Oil & Gas), and as Senior Financial Analyst Oil & Gas Sector FDA, where he managed and advised the oil and gas department on equity and bond markets.

Download the InSide #32 PDF and discover the world of GustoMSC